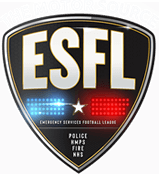 ESFL to be included in the Non League Newspaper.

The Motor Source Emergency Services Football League is excited to announce that following discussion with the Non league Newspaper -fortnightly results and league tables will be featured in the publication.

Non League Editor Matt Badcock said” The results and tables pages are arguably the most read each week in The Non-League Paper. We aim to get as many in from all corners of the country as possible and we’re pleased to have the Emergency Services Football League included from this season. We are indebted to the men and women who work in the Emergency Services to keep us safe and well. We wish everyone all the best for the new season.”

League Co-founder Pete Overton said “We are massively thankful the editor Matthew Badcock for featuring the league results and tables in the newspaper. The paper is been running for over twenty years and has a huge following. The ESFL featured in the paper earlier in the year so we would like to thanks them for their continued support.”

The Non League Newspaper is available to purchase in newsagents and via an online subscription.

For more information about the newspaper and to purchase a subscription please click the website link below.